Traditional owners say they have not been given enough time to assess the cultural heritage impact of a plan to raise the wall of Warragamba dam and flood world heritage-listed areas of the Blue Mountains, as two local mayors demand that a state government representative faces community concerns at a public meeting this Friday. 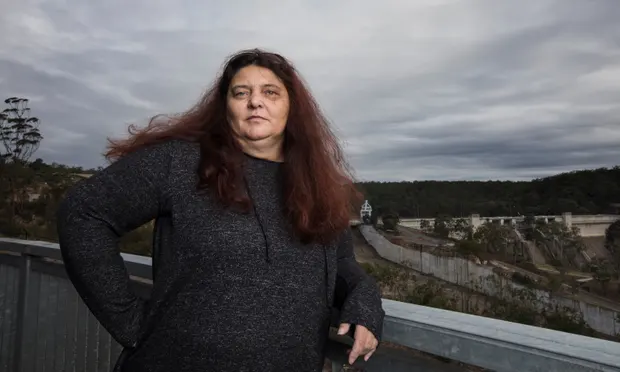 The New South Wales government wants to raise the dam wall by at least 14 metres to reduce flood risks to western Sydney suburbs downstream. But green groups, Aboriginal traditional owners and Unesco are against the proposal, with the world heritage committee announcing last month that it was “likely to have an impact on the outstanding universal value” of the area.

Friday is the deadline for traditional owners to respond to the government’s draft Aboriginal cultural heritage assessment report, which they describe as “inadequate” and “hard to follow”.

A Gundungurra woman, Kazan Brown, said traditional owners had been given just 40 days to respond to the 2,000-page report, which was not enough time.

Brown said because the draft report was confidential, she risked a hefty fine if she shared any of it with others, which was also preventing her from seeking professional advice on how to understand and respond to its contents.

“I’ve been to uni, I’ve got a couple of degrees, and I’m struggling to understand this report,” Brown said. “It’s full of stuff that shouldn’t be in there – like gradient, soil samples and so on – that aren’t relevant to Aboriginal culture.

“We’d like to have it peer-reviewed by a cultural heritage officer, an archaeologist and an anthropologist, and we need another month to write a decent response.

“The whole process was not done properly. They only surveyed a quarter of the area – just over 26%. In that one area they found more than 300 sites.”

A spokesman for WaterNSW says the report could not be shared because it contains culturally sensitive information, including locations and details of sites. “This information belongs to the traditional owners,” the spokesman said.

But he said they had been given 42 days to review and comment on the report, which was longer than necessary. “Given the length and detail in the report, a longer period than the mandatory 28 days was allowed for this process,” he said.

The Wollondilly shire mayor, Matt Deeth, and the Blue Mountains shire mayor, Mark Greenhill, have called for the government to send a representative to a community meeting on Friday. Greenhill called on the state and federal governments to put a stop to plans to raise the dam wall.

“What the NSW government seeks will threaten native species and incredibly important cultural heritage sites will also be destroyed. I urge residents of the region to join this community consultation event with traditional owners to voice their concerns.”

A government spokesman would not say if the government intended to send a representative to the meeting, saying only that “community consultation sessions will happen when the final environmental impact assessment is made public” in a few months’ time.

Warragamba dam provides water to 4.5 million people. The proposal to raise the wall is expected to create an extra 995-gigalitre capacity to store flood waters and reduce the flood risk to houses on the Hawkesbury-Nepean floodplain, which includes the suburbs Richmond and Windsor, just east of the Blue Mountains.

But a leaked report said this would “permanently” change the Blue Mountains, which are world heritage-listed for their beauty, biodiversity and Indigenous sacred sites.

A Give a DAM campaigner, Harry Burkitt, said the plan to raise the wall would flood more than 300 Aboriginal cultural sites within the greater Blue Mountains world heritage area, along with 4,700 hectares of national park, and “shows how far the state government will go” to appease floodplain developers in western Sydney.

Originally published in the guardian