A leaked email from HeritageNSW outlining the department’s concerns regarding the proposal to raise the Warragamba Dam has mirrored the concerns of Traditional Owners, despite Western Sydney Minister Stuart Ayres labelling their opposition as “environmental terrorism”.

The email, obtained by NIT, was sent in June from the Department of Premier and Cabinet’s (DPC) HeritageNSW to WaterNSW and NSW Department of Planning and Environment employees. It provided a review of the draft Environmental Impact Statement (EIS) for the proposal.

HeritageNSW outlined several concerns, highlighting the evaluation did not properly take into consideration cultural heritage values of the surveyed area.

“We note that although many sites have been recorded, a clear view of the cultural values of the place and the potential impact of the proposal on these sites cannot be obtained from the report,” a HeritageNSW employee wrote.

HeritageNSW said the report was “not an adequate assessment of cultural values (tangible and intangible)” and noted that “short term inundation will affect Aboriginal cultural heritage, the report does not adequately argue otherwise”.

The DPC heritage department then listed specific responses to state mitigation measures for the harm to Aboriginal Cultural Heritage.

HeritageNSW noted that whilst there is an intention of an Aboriginal Cultural Heritage Management Plan (AHCMP) there is no evidence to suggest it has been developed in consultation with RAPs (Registered Aboriginal Parties).

It notes that outlined heritage awareness training, which would be developed with RAPs, for site employees and sub-contractors was a principal expectation, not a mitigation measure for the loss of Aboriginal Cultural Heritage and is potentially insensitive to knowledge holders and their families. 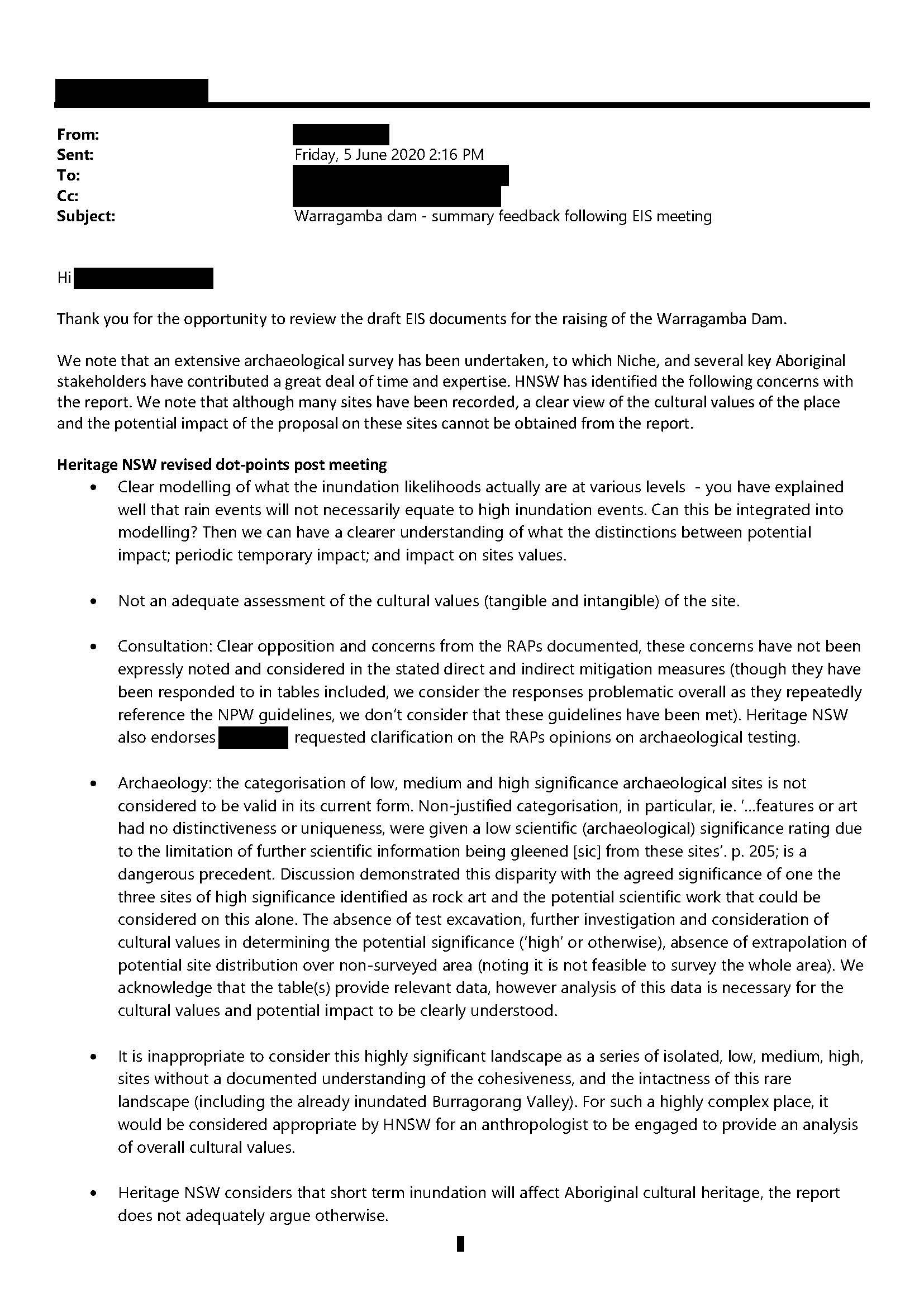 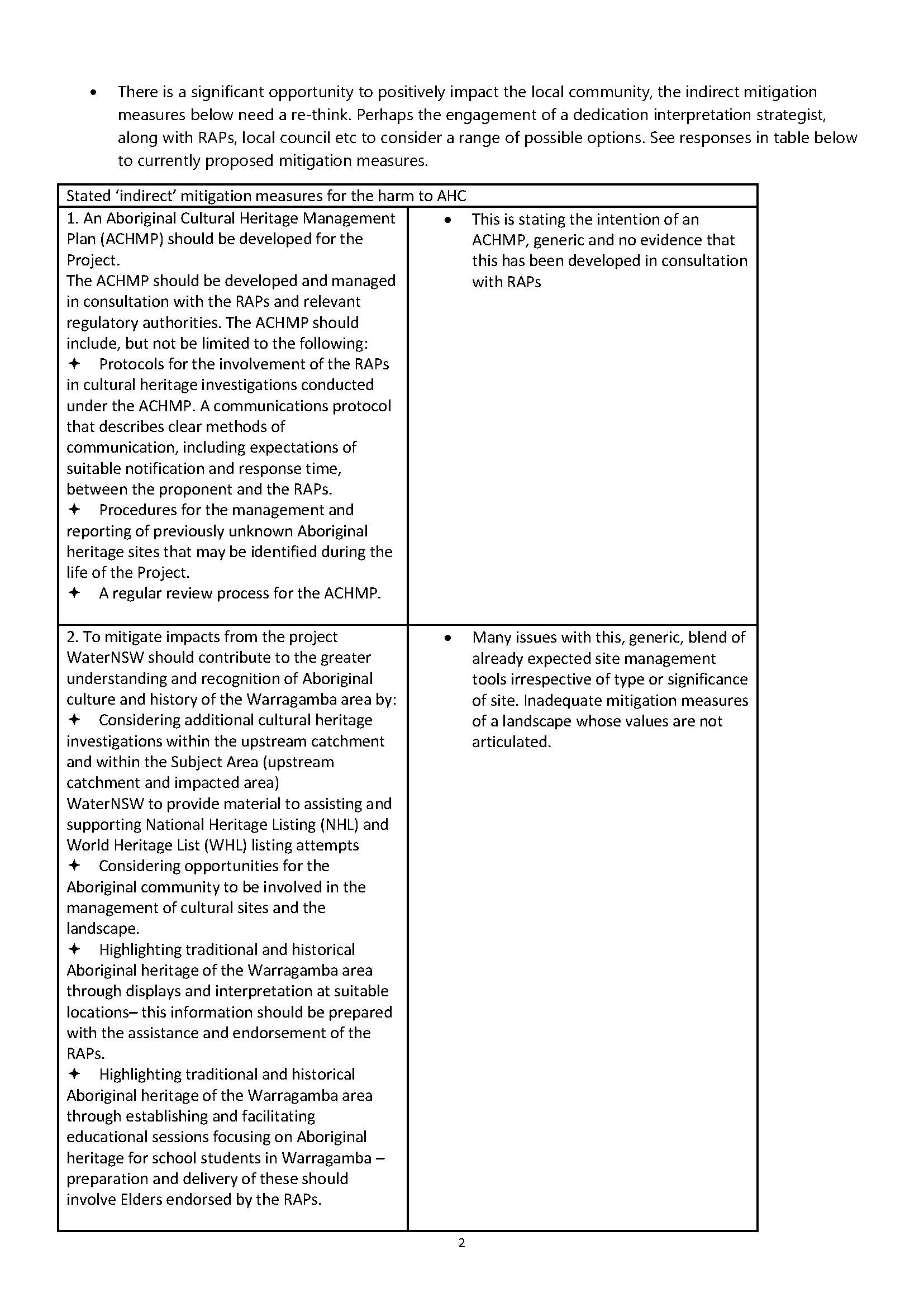 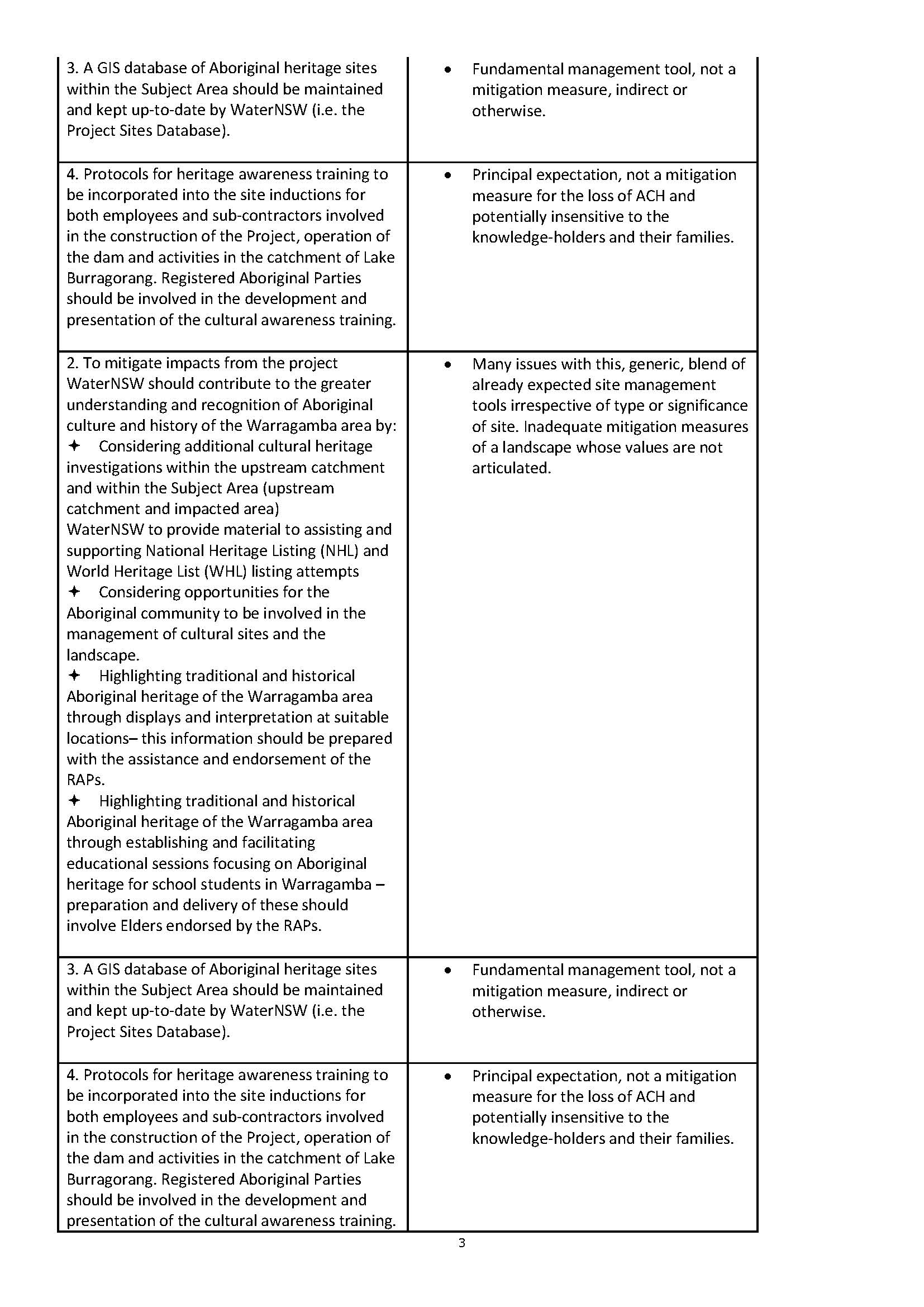 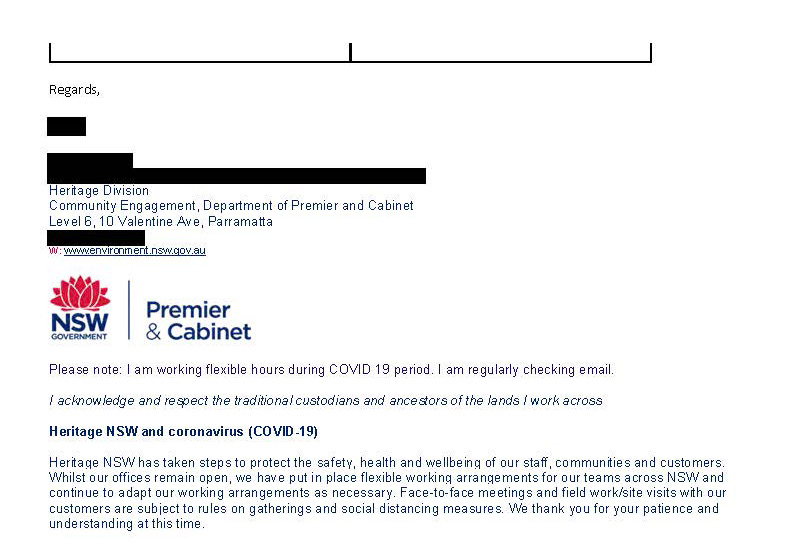 This email contributes to the document obtained by the Sydney Morning Herald outlining environmental concerns from the environment, energy and science unit of the Planning Department.

Since the EIS has been reviewed, WaterNSW has committed to developing an Aboriginal Cultural Heritage Assessment.

“Following the review of the draft Environmental Impact Statement, a specialist is engaging with identified cultural knowledge holders regarding the cultural values of the study area to build on the existing Aboriginal cultural heritage work,” a NSW Government spokesperson told NIT.

The specialist referred to by WaterNSW is anthropologist Kate Waters.

“We didn’t know she was coming until she was here … no one asked us if it was okay or if it was who we wanted to talk to,” said Gundungurra Traditional Owner Kazan Brown, who is a direct descendant of the last Indigenous people living in Burragorang Valley.

At a Parliamentary Inquiry into the matter on November 6, Gundungurra Elder Aunty Sharyn Halls spoke about Waters’ employment after the release of the draft EIS.

“Kate Waters … now actually wants to talk to Aboriginal people about their values for these places. I find that extremely out of the ordinary,” she said.

“Normally this happens during the process of what we just went through. It is not as if this process has not been going on for a long time. That person should have been engaged at the beginning and not at the end.

“It is not about consulting before an event; it is always consulting after an event.”

“As far as I am concerned, every Gundungurra person who has a connection to this Country — who is part of this Country — has been let down by every government agency because they have not lived up to their responsibilities.”

Parallel to the Aboriginal Cultural Heritage Assessment, an assessment of Aboriginal rock art is being undertaken by consulting group Niche. This study is being done digitally, on a desktop.

“I don’t think a desktop study is appropriate at all. If they are going to look at it, they need to go out there and look at it. You can’t see it sitting in an office on a computer screen,” said Brown.

WaterNSW said the report will be reviewed by RAPs with comments incorporated into the finalised document.

Minister for Western Sydney Stuart Ayres has previously labelled the behaviour of those opposing the dam proposal as “environmental terrorism” during an interview on Sydney radio station 2GB.

The park site sits on a Hawkesbury-Nepean floodplain as outlined by a Nepean River Flood Study.

According to a media statement from WaterNSW in August, Warragamba Dam will impact this floodplain.

“The Warragamba Dam Raising project will provide flood mitigation to reduce the risk to life and property in the Hawkesbury-Nepean Valley,” the statement reads.

NIT put questions to the Minister’s office regarding the relationship between the Nepean Business Park Development and the Warragamba Dam wall raising proposal, however no response was received.