The fund's annual report, released last week, also shows the government collected $41 million more than it spent during the 2018-19 year. Over the past six years, the fund has contributed a net $497 million to state coffers. 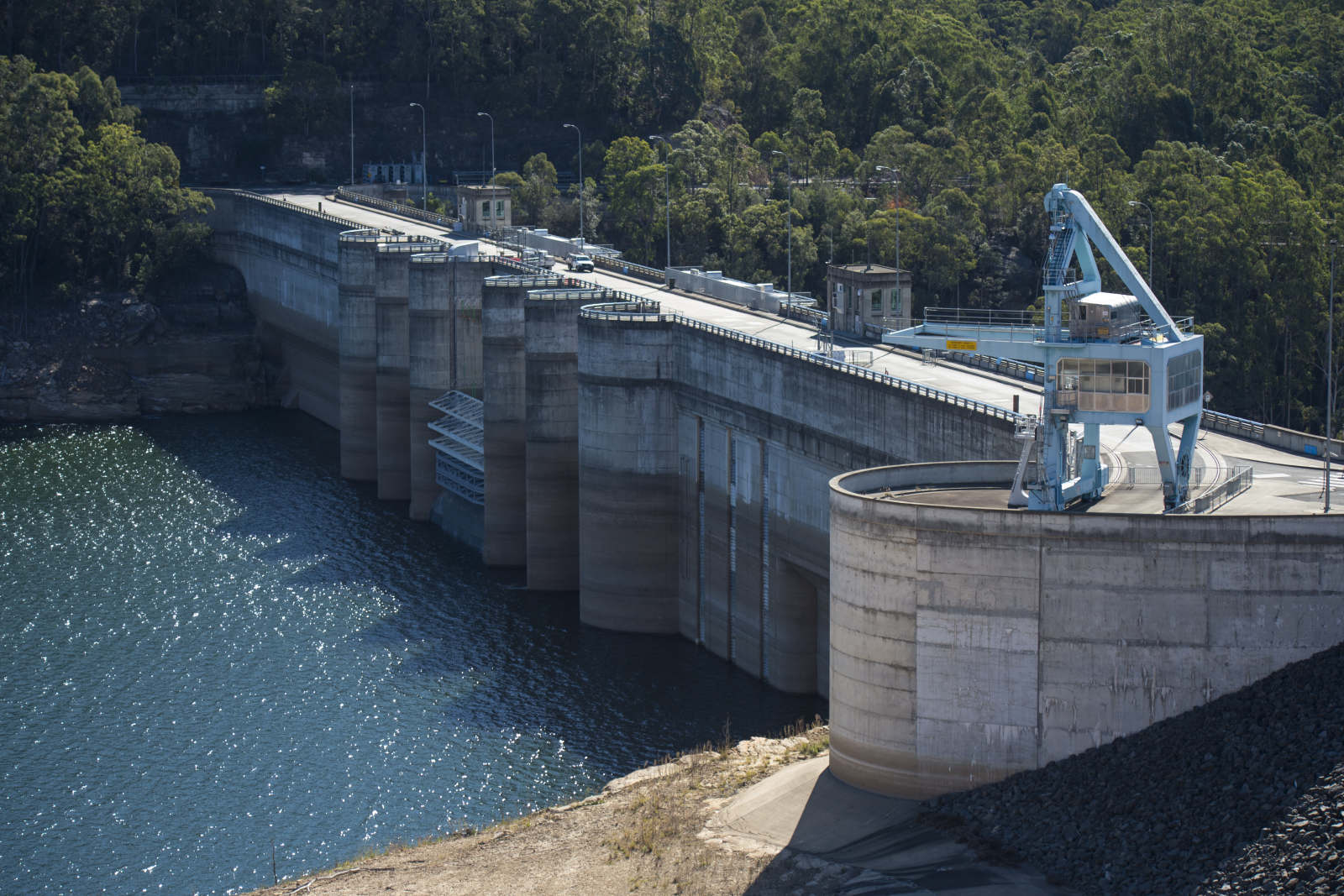 The plan for raising the Warragamba Dam wall seems to be largely paid for so far by dipping into the NSW Climate Change Fund. CREDIT:WOLTER PEETERS
In the latest year, the fund spent $24.7 million on the Hawkesbury–Nepean Valley flood risk management, the centrepiece of which is the plan to lift the Warragamba Dam by 14 metres. That sum was up from $15.9 million in the previous year and $5.9 million for the 2016-17 year.

“The money is being used more like a slush fund on tenuously linked projects rather than a strategic reserve to invest in a real plan to reduce the state’s carbon footprint and climate risk," said Justin Field, an independent upper house MP.

Stuart Ayres, the Minister for Western Sydney, defended the fund's outlays on the proposed dam-wall raising.

"With more extreme weather events a likely impact of changing climate, I consider it entirely appropriate that we use these funds to better prepare western Sydney for inevitable future flood events," he said.

Matt Kean, the Energy and Environment Minister, was en route to Europe and unavailable for comment. In the foreword to the annual report, Mr Kean said through the fund the NSW government was "saving consumers money, smoothing our transition to a low-emissions energy future and helping our communities adapt to a changing climate."

Harry Burkitt, a campaign manager with environment group The Colong Foundation, said it was "an absurd argument that raising the Warragamba Dam wall would somehow mitigate the impacts of climate change".

"The government's own leaked reports have stated that nearly 7000 hectares of UNESCO listed forests would be drowned by the raised dam, meaning thousands of tonnes of carbon would enter the atmosphere if the project were to be approved," Mr Burkitt said.

Chris Gambian, head of the Nature Conservation Council, said the recent bushfires and heatwaves and the on-going drought indicate "there's going to be an excess of demand for spending on climate impact measures in the near term".

If the government hadn't been spending all the money collected on appropriate project, the public deserved an explanation, he said.

"The fund needs to be spent in a way that fits the seriousness of the problem," Mr Gambian said.

The upper house inquiry into raising Warragamba Dam wall, chaired by Mr Field, will hold a public meeting in Windsor on Monday.