'Noah built the ark before the flood': Minister defends campaign amid drought

An $800,000 government advertising campaign about the dangers of flooding in Sydney’s west has been described as a thinly veiled PR strategy to garner support to raise the Warragamba Dam wall.

As Sydney water levels reach their lowest point in more than a decade, the ‘Get Ready for Flood’ campaign has been launched. 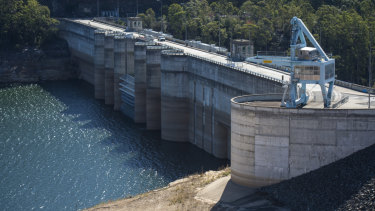 Warragamba Dam, now sitting at about 50 per cent full. The government says lifting the wall by 14m would reduce downstream flood damage.CREDIT:WOLTER PEETERS

The campaign includes billboard advertising and online campaigns warning of the dangers and likelihood of flooding in the Nepean-Hawkesbury basin.

While Minister for Western Sydney Stuart Ayres said “Noah built the ark before the flood,” opponents have questioned the timing of the $780,000 advertising strategy.

One Nation MP Mark Latham said running the campaign during a drought indicated its true purpose was to sway public opinion for the controversial plan to raise Warragamba Dam wall by 14 metres.

“They’re trying to soften up public opinion for the dam expenditure,” he said.

“Next time we have a flood the government won’t be putting up ‘get ready for the drought’ billboards will they.” 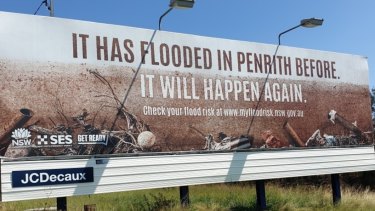 A 'Get Ready for Flood' billboard in Sydney's west.

Mr Ayres said he was concerned by research that suggested 18 per cent of locals knew they were at risk of flooding and hoped the campaign would raise awareness.

"The public awareness campaign is about making sure people understand the threat of flood and are able to prepare for it," he said.

While opponents are criticising the campaign during drought, government figures show Warragamba levels rose by almost 20 per cent in three days and by almost 40 per cent in five days during heavy rainfall in 1998. 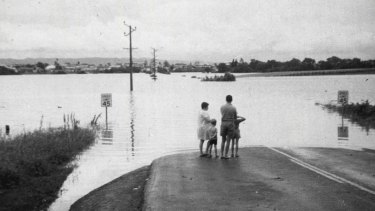 The plan to raise the dam has drawn criticism from environmental groups, which have argued upstream world-heritage listed bushland would be irreparably damaged if the extra water was held behind a bigger wall.

The World Heritage Committee in July raised concerns at a UNESCO meeting in Azerbaijan, noting that raising the wall would likely increase the extent and frequency of protected bushland being inundated.

The NSW SES has been part of the campaign, including the website myfloodrisk.nsw.gov.au, which details the severe flooding risk facing residents in the Hawkesbury-Nepean Valley.

“Five of the 10 largest floods since the record flood of 1867 have occurred since Warragamba Dam was completed in 1960,” the website says. 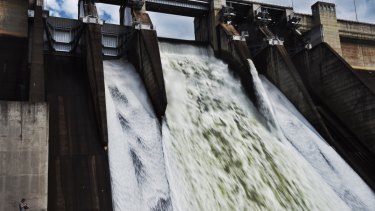 Warragamba spillway releases water into the Hawkesbury Nepean river system after the East Coast Low brought floodwaters into the catchment in 2015. CREDIT:NICK MOIR

Asked why the SES was involved, a spokesman said the valley was considered the most significant flood risk in the state.

“Many people who live and work on the flood plain are not aware of the flood risk to their community and are not prepared,” the spokesman said.

One Nation sided with independent Justin Field, the Greens and Labor to support the establishment of a parliamentary inquiry into the raising of Warragamba.

Former SES deputy commissioner Chas Keys made a submission to that inquiry, labelling the government's plan as “flawed”.

A memorandum sent to Penrith council staff in September said the campaign would include billboards, local newspaper and radio.

Give a Dam community campaigner Harry Burkitt said the government was using the cash to fund a "fear campaign" before the release of the environmental impact statement of the dam's wall raising.

"It's an abuse of tax-payers money and compounds the ongoing failure of the NSW government to manage NSW rivers," he said.

The EIS is expected to be released in the first half of 2020.